General Voldemārs SKAISTLAUKS (L.k.o.k.) (6 Sep 1892 - 9 Oct 1972)
After service in the Russian Army and a period as POW of the Germans, joined the Latvian Army on February 18, 1919 as 1st Lieutenant. When the Russians occupied Latvia in 1940, he was taken over into Red Army as Artillery Commander of the XXIV. Territorial Corps, with the rank of Major-General, but later dismissed. During the German occupation, he was Commander of Artillery of the 15. (Latvian) SS Grenadier Division, with the SS rank of Oberführer. After the war Skaistlauks lived in Germany until his death. 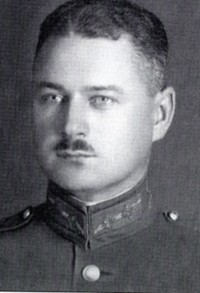